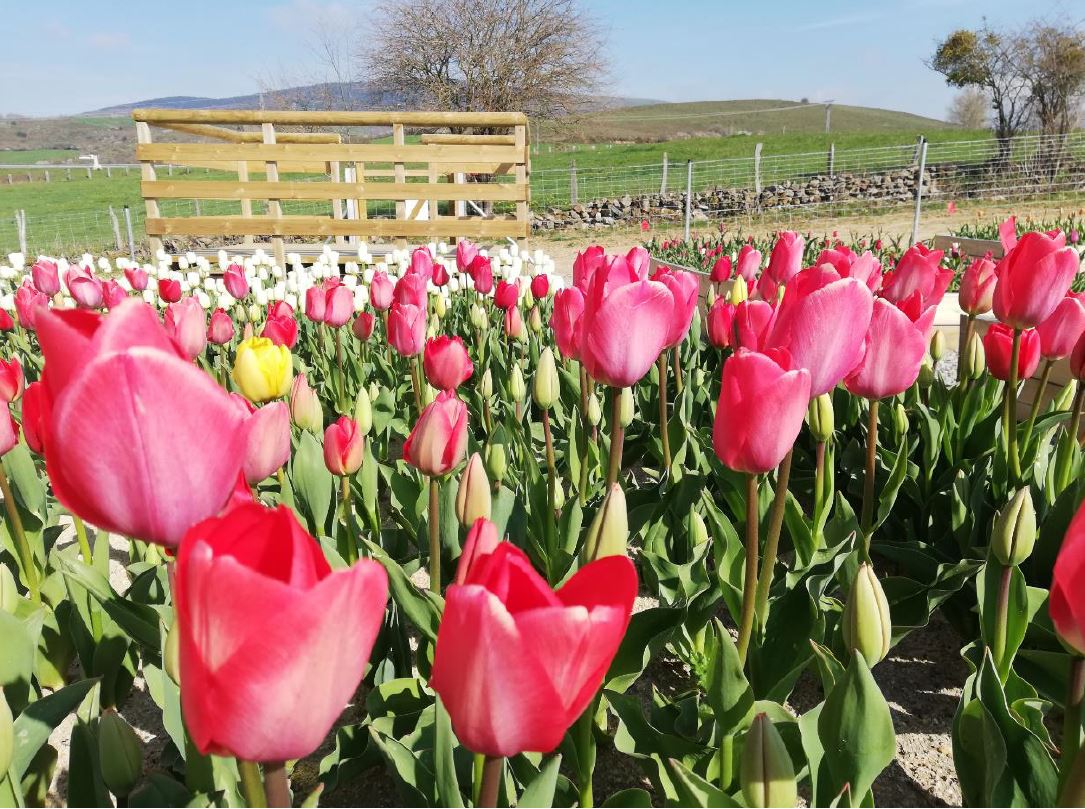 The Campoo de Yuso City Council has won with the ‘Agrorreserve project. The value of agrodiversity. From dump to Noah’s ark ‘the first Prize for Good Local Practices for Biodiversity, in the Flora category, awarded by the Spanish Federation of Municipalities and Provinces.

The Town Council has obtained the support of the Ministry of Agriculture and the CIFA of the Government of Cantabria to launch the garden that will keep varieties of cereal, vine and crops in danger of extinction. From a dump to a garden “Noah’s Ark”. A small corner that was used as an old dump in the town of Quintanamanil until 2019, has been transformed into a small “Noah’s Ark” for the future. Through the agreement between the Neighborhood Board of Quintanamanil, the ranchers of the town and the City Council of Campoo de Yuso, it was agreed to clear the area, improve it and create in the old landfill this project for the recovery of the agricultural heritage in danger of extinction. In the small reserve, new species of traditional cultivation and gardening will be progressively incorporated, such as cereals, daffodils, legumes and meso beans, among other varieties of threatened crops. For this project on the banks of the Ebro Reservoir, it has the support and assistance of the CIFA Agricultural Research and Training Center of the Government of Cantabria and the National Center for Plant Genetic Resources of the Ministry of Agriculture, Fisheries and Food.

The Town Council of Campoo de Yuso intends that this microplog of safeguarding native crops is the basis for establishing collaboration between administrations and private neighbors. Following the Swiss models of the cantons of Zurich and French experiences, where the use in private gardens and private orchards of threatened and wild species is encouraged, we want to facilitate the propagation and spreading this heritage to the neighbors and gardeners of Campoo de Yuso. Thus, the neighbors are involved in protecting, for the future, this genetic and agricultural heritage. For this, the micro-reserve of native crops of Campoo de Yuso, will serve as a seed source that allows to provide clones of cereals, legumes or traditional old vines to the orchards of the neighbors of the various towns that request it, within the municipal project “Huerta de los abuelos”. Thus ancient varieties that are close to disappearing are disseminated and promoted, by modern mechanized agriculture and industrialization.

Collection of vines from the South of Cantabria

In the micro-reserve of native crops of Campoo de Yuso is already housed, the collection of vines from the south of Cantabria. This collection consists of replicas of feet, of ancient black and white native vine of Muscat, some documented with more than a hundred years. These ancient vines have been collected by the Center for Agricultural Research and Training (CIFA) in the Campurrian villages of Arenillas, Ruijas, Polientes and La Población de Yuso. In the houses, orchards and farms of Campoo there has always been a fig foot, either to make wine or as fruit, so from the City Council we want to collaborate preserving this tradition.

A rural heritage in danger

In all the villages of Campoo, until the 1970s, varieties of cereals, legumes and genuine vegetables were grown, adapted to the climate and Campurrian conditions. These arable varieties have been selected for centuries by Campurrian farmers. From the pratification, the passage to livestock and the abandonment of crops, these species of native crops have been taking refuge in small orchards of the villages and in the care of elderly people who are disappearing, extinguishing their knowledge, knowledge and seeds. Since the early twentieth century, scientists have made campaigns to collect seeds from native crops throughout Spain and its peoples. Therefore, the Town Council of Campoo de Yuso wants to be the point of collaboration between the seed collections of the State, the Government of Cantabria and the neighbors. With this objective, the City Council has created this small micro-reserve that will act within the network of conservatories and collections, safeguarding ancient crops, archaeophytes and traditional cereals. These networks of collections, gardens and genebanks act as centres for the protection of agricultural genetic resources. Conservation gardens such as the one created in Quintanamanil, is a safeguard crop and a conservation stock to preserve this agricultural and genetic heritage bequeathing it to future generations.

This project was carried out thanks to the collaboration of:

National Institute of Agricultural and Food Research and Technology

This project has been funded with support from the European Commission. This web reflects the views only of the author, and the Commission cannot be held responsible for any use which may be made of the information contained therein.

TECHNICAL AND FINANCIAL DATA
Agrogen is a Project financed by the European Union against Erasmus + to a total of 55.299,00 EUR.
Launching evento took place the 15th of June 2021 and the project and the scheduled completion date is expected to be in November 2022.

Scroll to top
We use cookies on our website to give you the most relevant experience by remembering your preferences and repeat visits. By clicking “Accept All”, you consent to the use of ALL the cookies. However, you may visit "Cookie Settings" to provide a controlled consent.
Cookie SettingsAccept All
Manage consent

This website uses cookies to improve your experience while you navigate through the website. Out of these, the cookies that are categorized as necessary are stored on your browser as they are essential for the working of basic functionalities of the website. We also use third-party cookies that help us analyze and understand how you use this website. These cookies will be stored in your browser only with your consent. You also have the option to opt-out of these cookies. But opting out of some of these cookies may affect your browsing experience.
Necessary Always Enabled
Necessary cookies are absolutely essential for the website to function properly. These cookies ensure basic functionalities and security features of the website, anonymously.
Functional
Functional cookies help to perform certain functionalities like sharing the content of the website on social media platforms, collect feedbacks, and other third-party features.
Performance
Performance cookies are used to understand and analyze the key performance indexes of the website which helps in delivering a better user experience for the visitors.
Analytics
Analytical cookies are used to understand how visitors interact with the website. These cookies help provide information on metrics the number of visitors, bounce rate, traffic source, etc.
Advertisement
Advertisement cookies are used to provide visitors with relevant ads and marketing campaigns. These cookies track visitors across websites and collect information to provide customized ads.
Others
Other uncategorized cookies are those that are being analyzed and have not been classified into a category as yet.
SAVE & ACCEPT